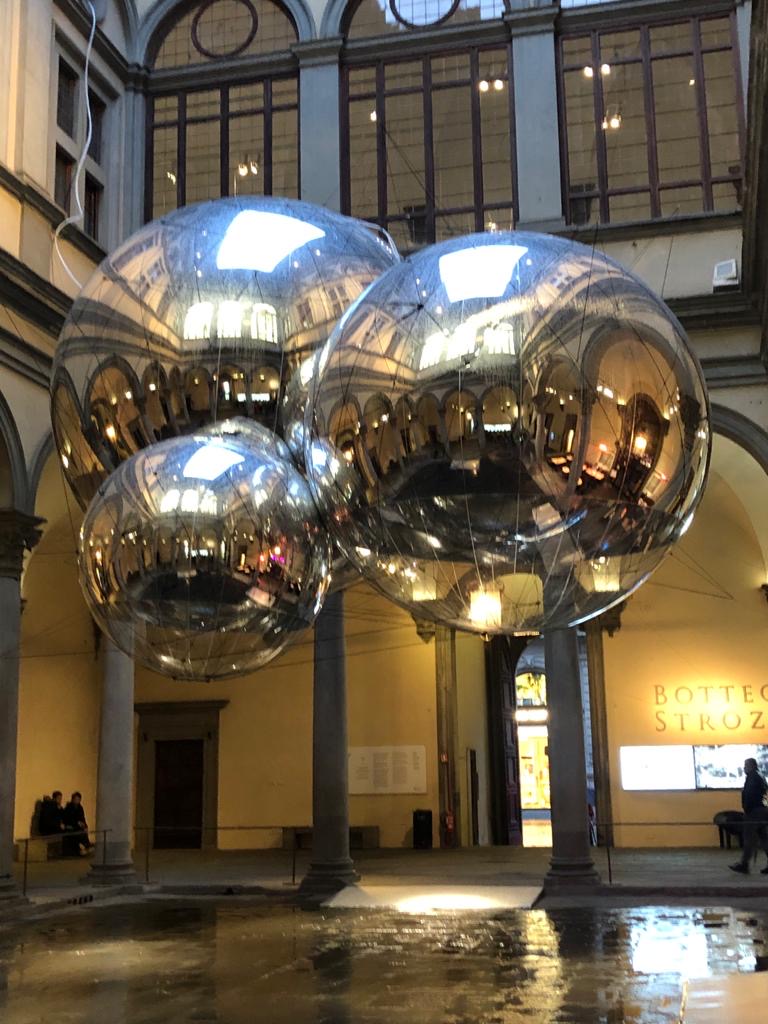 Let the spider guide us!

Tomás Saraceno’s exhibit is taking place at the Palazzo Strozzi in Florence from February 22nd to July 19th, 2020. In the beautiful frame of one of the most elegant renaissance palaces built in the second half of the 15th century we are conducted through courtyard and exhibition halls to a visionary contemporary planet where it is necessary to shift from the idea of ‘man at the centre of the world’ to the one of ‘man as part of a universe’.

In the work by Tomás Saraceno we can say that art, social life and sciences lead us to a sphere that is not only human as we are prompted to find connections with non human worlds such as spiders, plants, dust particles. A new planet is created, an ecosystem in which we are all interconnected in sort of webs. We learn to take distance from a self-centred world and to focus more on reciprocal relationships and on a shared world. Single beings and particles evolve together as  part of the same system. Let the spider guide us on this path! 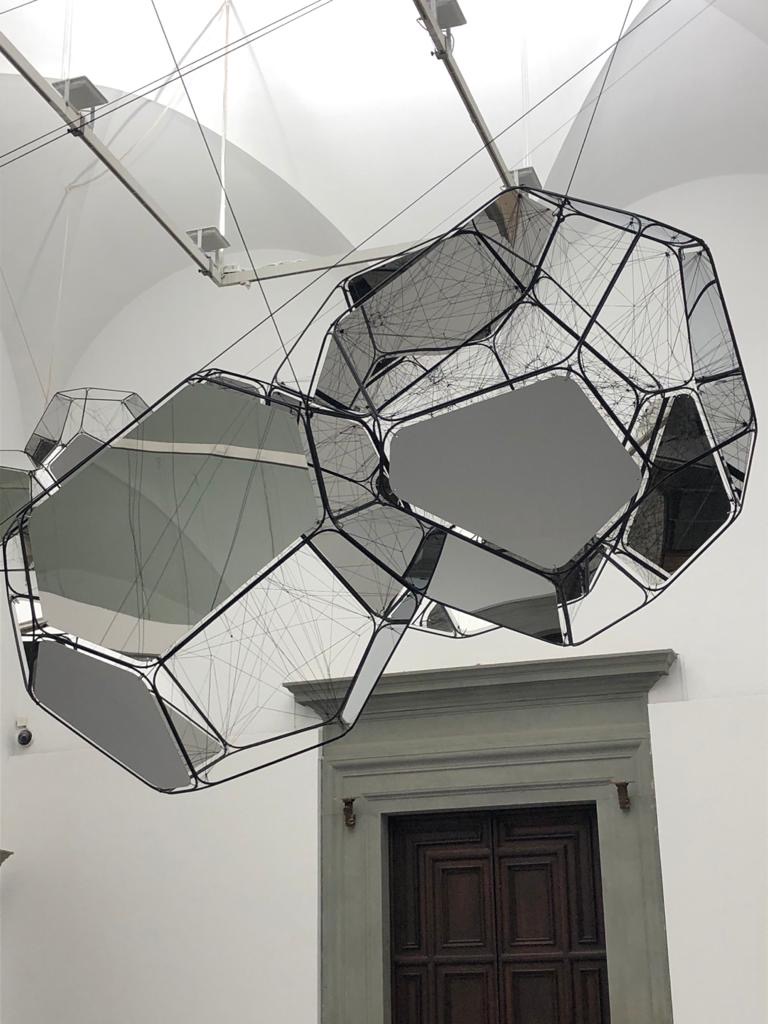 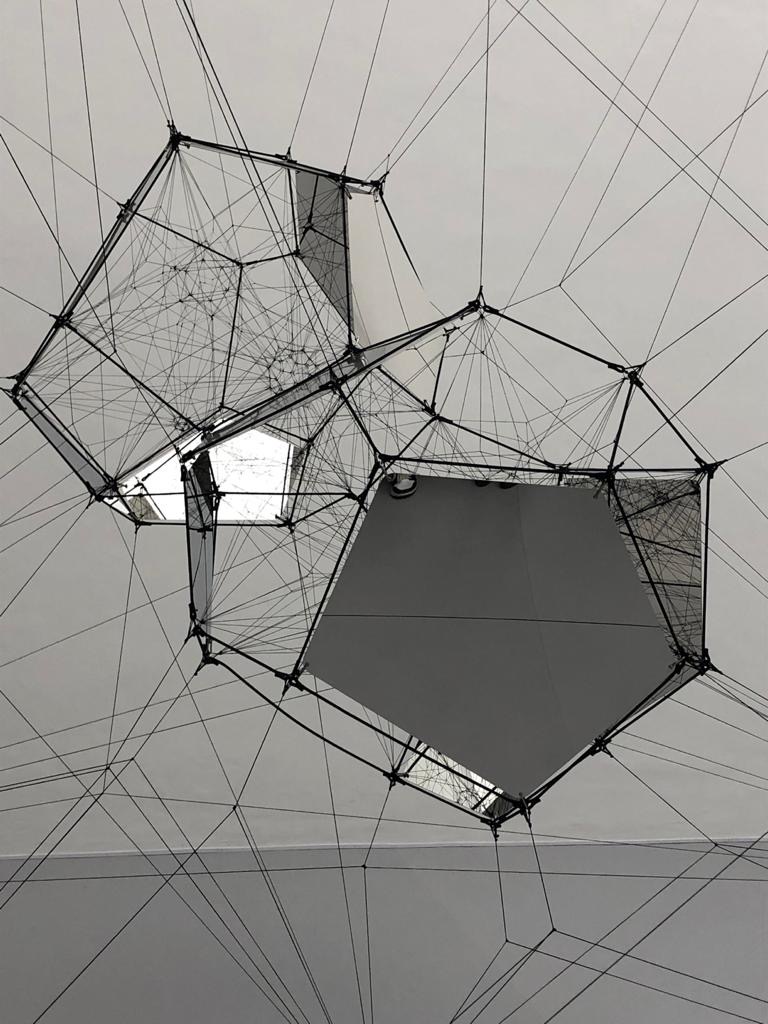